Robert Eddy‘s book chapter on Islamic rhetoric, “Foundations of Rhetoric in Ibn Hazm: Selections from Ring of the Dove and A Treatise on the Cure of Souls and the Improvement of Manners,” co-authored with Raed Alsawaier, was published in Global Rhetorical Traditions, eds. Hui Wu and Tarez Samra Graban, Parlor Press, 2022, pages 47-66.

DJ Lee‘s untitled essay about her 2017 Arctic Circle voyage with cabin mate Nung-Hsin Hu has been published in the Hu’s artist book Three Suns | 三個太陽出版計劃 (2022). Three Suns contains nine multidisciplinary projects, which Hu made from slices of sunlight she collected in the Arctic Circle, Iceland, and Taiwan. Each sun slice is accompanied by a 24-frame film strip providing an intimate moment through which readers/viewers can reflect, touch, and unfold suns. The portion which Lee’s essay highlights, “Touching the Rumble of Melting,” collages footage from Svalbard’s calving glaciers onto images from the French silent fantasy film “The Conquest of the Pole” directed by George Méliès (1912). The vibration from the film installation juxtaposed with the early fictional polar imagination and modern expeditions shines a lens on 100 years of human intervention into this polar region. The book was presented at the 2022 Taipei Art Book Fair and the MONO NO AWARE 16th Cinema Arts Festival among other venues.

DJ Lee had two prose poems about her cancer journey accepted for publication in Global City Review. The poems will be published with her photographs of Lake Michigan.

Michael Thomas had several of his photos from his fieldwork in Nigeria used in a Climate Vulnerability Index Survey for his field site. Thomas didn’t participate directly in drafting the report but has worked with a number of the contributors on other projects in the past. His photos appear toward the end of the report on pages 48, 50, and 59.

Michael Delahoyde gave presentations for two online Shakespeare Authorship groups: one on Shakespeare’s hidden uses of Chaucer, the other on music and dance. He also hosted an online viewing of Much Ado About Nothing as an outreach event for students and Shakespeare groups consisting mostly of retirees.

DJ Lee gave a presentation and literary reading at Chapter One Books in Hamilton, Montana, to a large audience of wilderness enthusiasts and advocates on November 15.

Buddy Levy kicked off publication week for Empire of Ice and Stone: The Disastrous and Heroic Voyage of the Karluk with a talk in the library of the Larchmont Yacht Club in New York on December 4. Buddy was an invited guest by his agent Scott Waxman and Caroline Romans of the LYC library committee. The event sold out and was a resounding success. 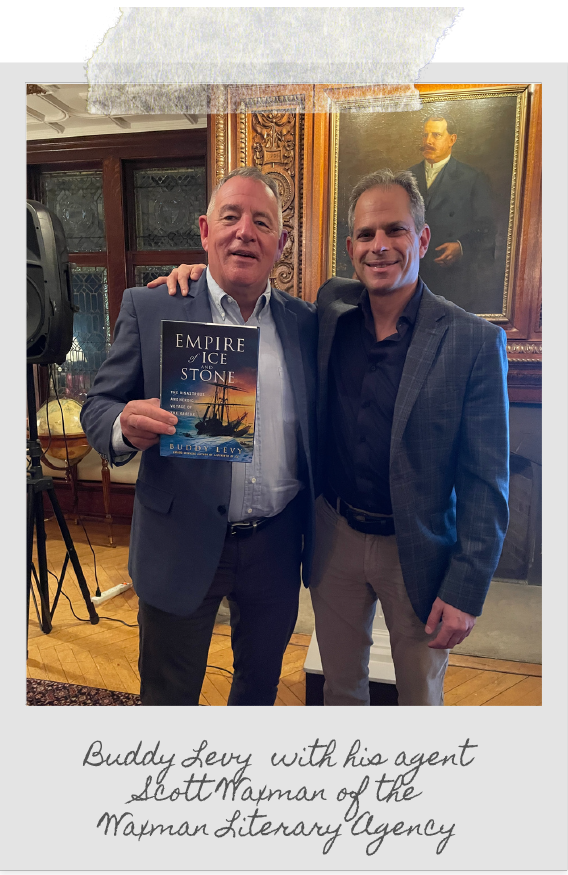 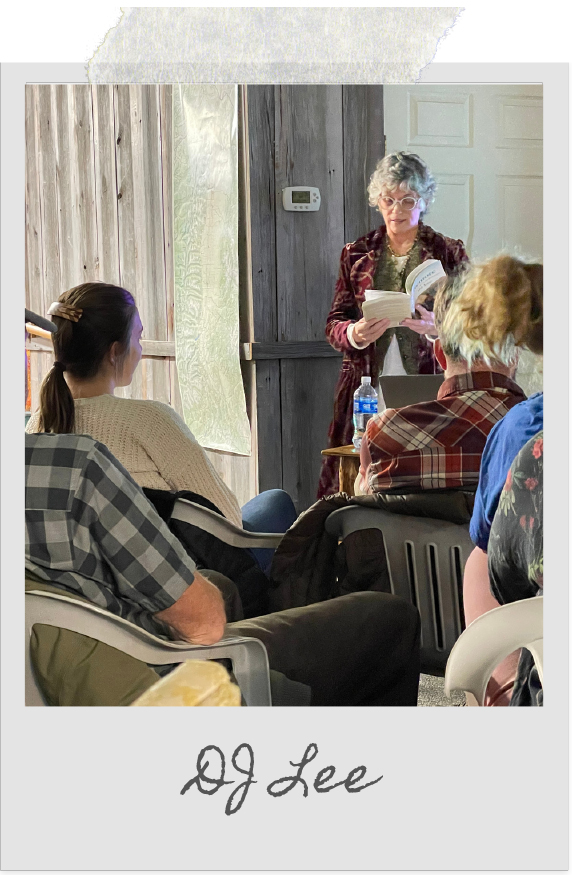 In conjunction with the Editing and Publishing Certificate, Lauren Westerfield has organized a series of guest speaker panels with editors, publishers, agents, copyeditors, book cover designers, and publicists. The series will be held next semester (Spring 2023) in the Bundy Reading Room and is open to students, staff, and faculty. 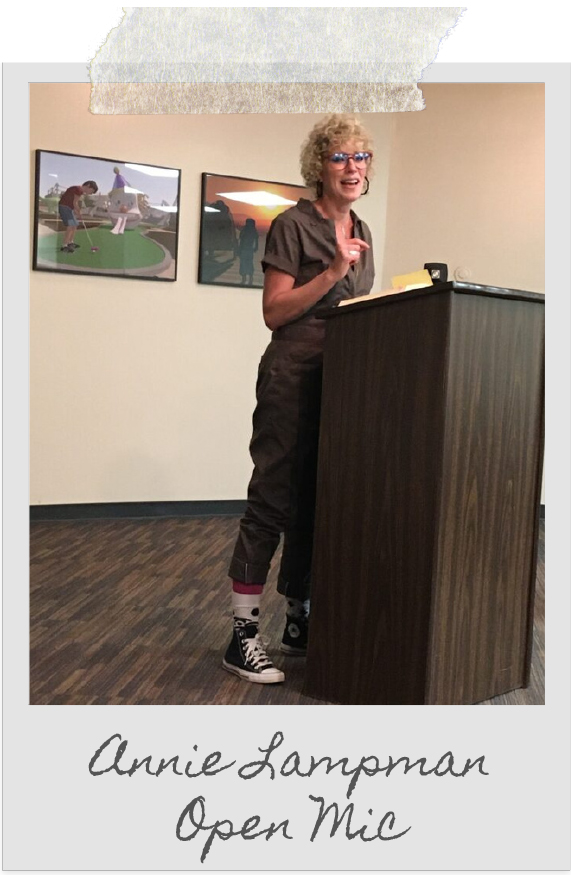 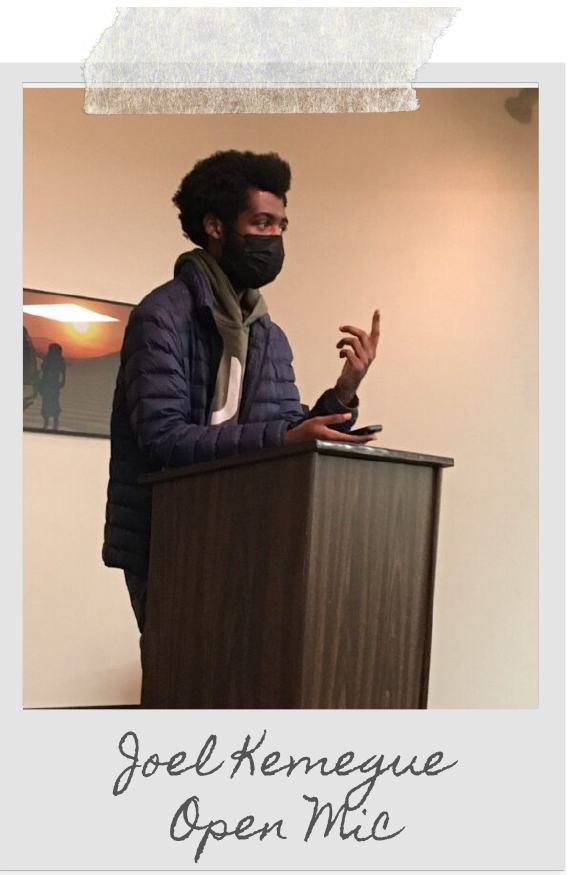 The Program in Women’s, Gender, and Sexuality Studies (WGSS), directed by Pamela Thoma, and the English Graduate Organization co-sponsored The Feminist/Queen Dialogue Series on November 8. The topic was “Campus Sexual Assault, Alcohol and Greek Life,” featuring the research of WGSS Affiliate Faculty member and Assistant Professor of Criminal Justice and Criminology at WSU, Dr. Amelie Pedneault. WGSS is an interdisciplinary degree program distinct from English curricula that is now housed within the Department of English.

Linguistics Club met on December 2 with advisor Michael Thomas. The club discussed “the effects of changing climate on language endangerment and specifically on how Sakun, a Central Chadic language spoken in the Mandara mountains of north-eastern Nigeria, fared on UNESCO’s Climate Vulnerability Index. Sakun is of particular interest as the speakers inhabit the UNESCO Sukur World Heritage Site.”

Lauren Westerfield organized “Exploring the Publishing Ecosystem,” a special guest speaker panel featuring Anne Horowitz (independent editor and editor for a literary agent) and Cassie Mannes Murray (writer, literary agent, and literary publicist) on November 7. The event was sponsored by the WSU English Club and the Editing and Publishing Certificate.

WSU’s National Day of Racial Healing will take place on Tuesday, January, 17, 2023. Cameron McGill is organizing a reading in conjunction with the event at the Jordan Schnitzer Museum of Art where English Department faculty and students will read works that engage the themes of: making a commitment to teaching anti-racism in the classroom; encouraging conversations and ways to heal in a safe environment; and promoting restoration and communication. The English Department will be partnering with Special Collections at Holland Terrell to print copies of Ross Gay’s “A Small Needful Fact” on the library’s letterpress. Other members of the planning committee include Bryan Fry, Linda Russo, and Kristin Becker. 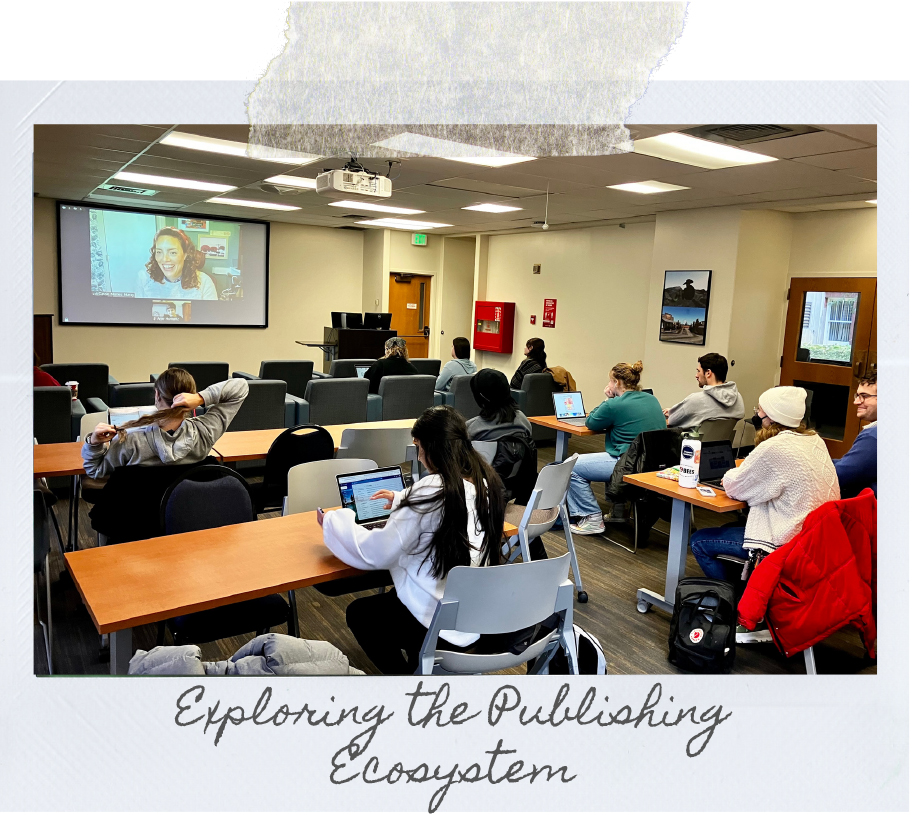 Julian Ankney, lecturer of English and Coordinator of Native American Programs at WSU Vancouver, has received the Poetry and the Senses Fellowship from the University of California, Berkeley. Julian and her writing collective of Native writers, the luk’upsíimey ‘North Star’ writers collective, will start the fellowship during Spring semester 2023. Their fellowship will culminate in a reading and gala at Berkeley in February 2024.

Donna Campbell and Ayad Rahmani, professor of architecture in the School of Design and Construction, were awarded a curriculum innovation grant from the National Endowment for the Humanities (NEH) for “Dwelling in American Literature: An Experiential Program for Architects and Engineers.” The grant will fund the creation of a five-course series to “bridge a significant disciplinary gap between engineering and the humanities for students and faculty at WSU and beyond,” according to co-developers Campbell and Rahmani.

Buddy Levy’s Empire of Ice and Stone: The Disastrous and Heroic Voyage of the Karluk (St. Martin’s, December 6, 2022) received glowing review in the New York Times: “Levy .  . . writes beautifully about the cold. . . . His passion for this alien landscape is infectious — something to appreciate from underneath a pile of blankets while wearing very warm socks.” “His Arctic is fearsome and sublime, his ice a living thing.” The review will appear in the print version of the New York Times on December 8.

Buddy’s Levy‘s Empire of Ice and Stone: The Disastrous and Heroic Voyage of the Karluk is also an Amazon Editor’s Pick Best Books for December 2022 in the NONFICTION and HISTORY categories. In addition, it is an Indiebound/Indie Next Recommended Book for December 2022. 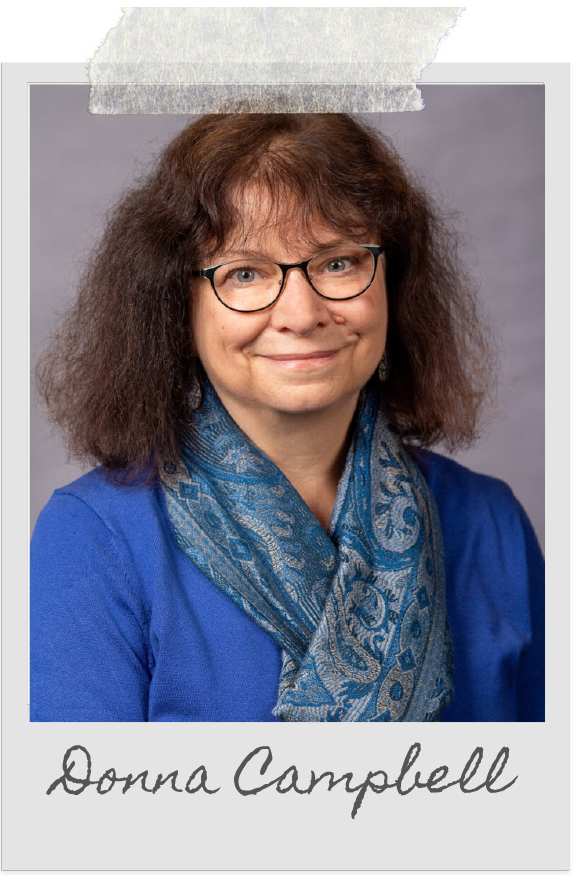 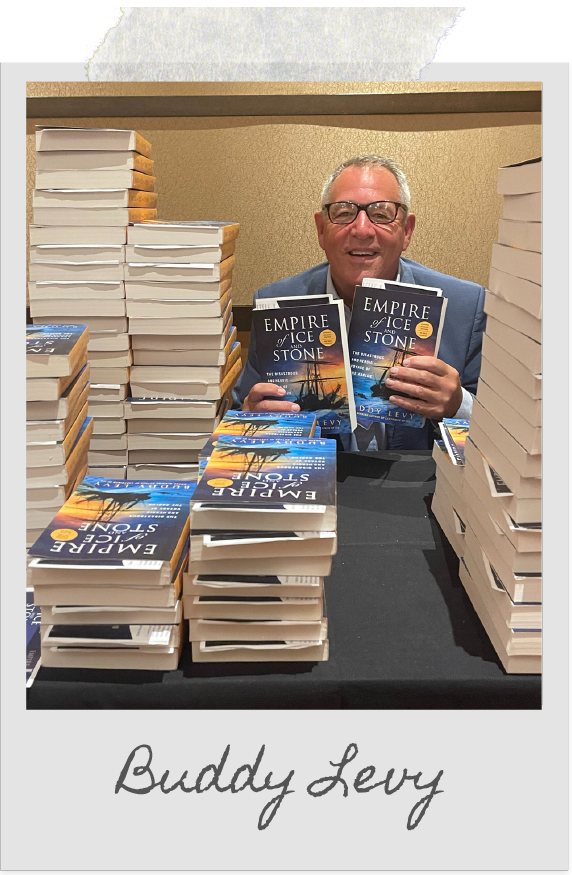 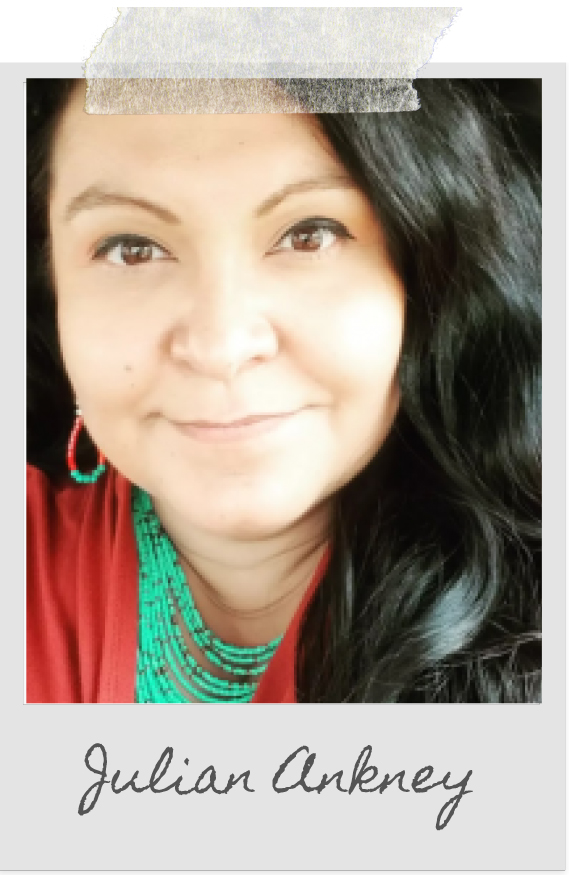 From the Chair’s Desk

November was a productive month in the WSU English Department, with publications from Robert Eddy and D.J. Lee; a glowing New York Times book review for Buddy Levy, whose book release is this month; an album release for Cameron McGill; photographs from D.J. Lee and Michael Thomas; and presentations from Michael Delahoyde, Buddy Levy, and D.J. Lee.  Julian Ankney received a fellowship, and Donna Campbell and Ayad Rahmani received an NEH grant. We had many activities for our students—from Linda Russo’s Open Mic, featuring Annie Lampman; Mike Thomas’s Linguistics Club; EGO’s and WGSS director Pam Thoma’s Feminist/Queen Dialogue Series, and Lauren Westerfield’s publishing panel. We’re preparing for a Holiday Festival of Lights, featuring our favorite holiday food and music; and many faculty members are planning events for WSU’s National Day of Racial Healing on Tuesday, January, 17, 2023. Meanwhile, we hope for a peaceful holiday for our faculty, staff, and students. .