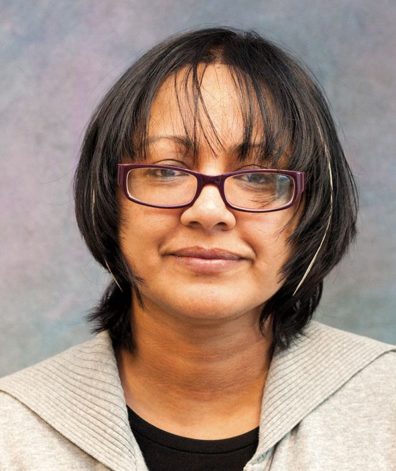 Pavithra Narayanan, associate professor of English, has accepted the position of Academic Director for the College of Arts and Sciences at WSU Vancouver. She was appointed to a four-year term, beginning July 1, 2020.

Narayanan is well positioned to lead CAS at Vancouver through these challenging times of the pandemic and beyond. On faculty in the English Department since 2004, she offers deep experience with the campus and college. Narayanan’s scholarly focus is on postcolonial and decolonial studies. She recently co-produced with faculty colleague Thabiti Lewis the documentary film BAM! Chicago’s Black Arts Movement, and has a monograph in progress, focusing on Indigenous resistance movements.

Before coming to WSU Vancouver, Narayanan served as head of the Department of Humanities at Pondicherry Engineering College in India. At WSU Vancouver, she served as interim co-academic director during AY 2019-2020 and as associate academic director under Amy Wharton from 2017 to 2019. She served as co-director of the Collaborative for Social and Environmental Justice (CSEJ) for three years and as program leader for the Vancouver Department of English.

Narayanan also has taken part in shared governance, both as a member of the Vancouver Council of Faculty Representatives and as a senator representing WSU Vancouver in the Faculty Senate. A tireless advocate for equity and diversity, Narayanan has worked on numerous committees and initiatives to advance equity across campus, and she has been an outspoken and effective advocate for adjunct faculty. 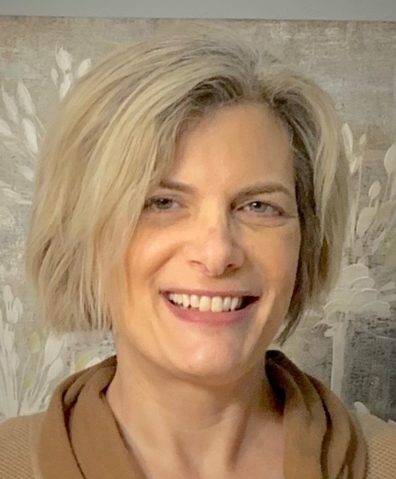 In fall 2019, Melissa Nicolas joined the WSU Pullman Department of English as an associate professor and the new director of the Composition Program. Nicolas earned her PhD in rhetoric and composition from The Ohio State University. Before joining WSU’s faculty, she was associate dean of undergraduate education and director of the Merritt Writing Program at the University of California, Merced.

Nicolas’s research interests include writing program administration, disability studies, and feminist rhetorics. She is now working on several research projects, including writing about writing curriculum, labor contracts, and attendance policies. Her work has appeared in journals, such as WPA: Writing Program Administration, College Composition and Communication, Reader, Reflections, and Inside Higher Education. She currently is working with Anna Sicari on an edited collection, Our Body of Work: Embodied Writing Program Administration, and co-editing, with Michelle LaFrance, Institutional Ethnography as Practice.

In the last several months, Nicolas has been busy getting to know the campus, the department, and the Composition Program. She has been meeting composition teachers, learning about curriculum, and engaging in lots of conversations about students and pedagogy; she frequently remarks on the dedicated teachers and vibrant students. Her goal is “to contribute to sustaining a culture of writing at WSU.”

While she misses a more robust retail environment, Nicolas is struck by the beauty of the Pacific Northwest and the friendliness of local residents. One of her favorite things about Pullman is the fast commute to work because, at Merced, her commute was 4 to 5 hours each direction. Now, she travels just a few minutes to campus.

Nicolas is joined in Pullman by her husband, a son, and their dog and cat. Another son is away at college. The family has settled into a new home with new jobs and new schools, and so far, they love living on the Palouse. Initially they were unsure about small-town living, but the friendliness and easy-going community have put their doubts at ease.

Catching Up With Bill Condon 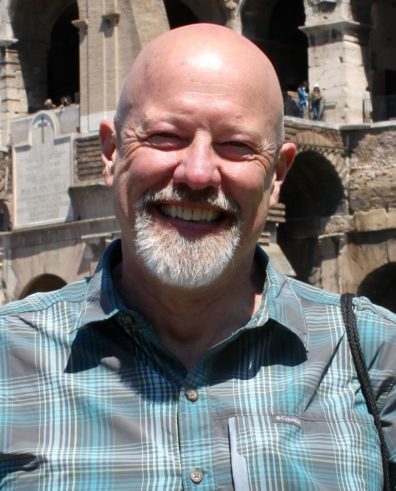 We recently caught up with Bill Condon, professor emeritus of English, to ask about his retirement and promotion in 2017. Bill started his WSU career at the WSU Vancouver campus in 1996 and later moved to the Pullman campus. He has taught graduate and undergraduate courses in English literature, rhetoric and composition, and digital technology and culture.

Bill says one of the most memorable courses he taught was on English and American Literature from 1800 to the present—a remarkably “narrow” focus, he wryly notes—organized around the different purposes that literature can serve: to express culture, to delight and instruct, and to offer intellectual history, among others. He and the students tried the emerging “virtual classroom” technologies of the time, and he learned lessons that stuck with him for the rest of his career, including how to help students feel comfortable enough to ask questions and contribute actively to discussions in online spaces. Our Zoom interview highlighted the fact that such lessons continue to be highly relevant to instructors and students in today’s time of COVID-19 and online education.

Bill’s former students recall the importance of such engagement as well: in his 2019 book Labor-Based Grading Contracts: Building Equity and Inclusion in the Compassionate Composition Classroom, Asao Inoue, a graduate of the WSU English department’s PhD program in rhetoric and composition and a former national chair of that discipline’s Conference on College Composition and Communication, praises Bill’s courses for similar active learning scenarios in his 2019 book. “If I’m talking, they’re not learning,” Bill says, “and if I’m teaching well, my students are teaching me. It takes a lot of trust on both sides.”

These days, Bill finds himself continuing to learn by reading many of the things that his previous professional schedule didn’t allow him to read. Now, he is averaging “five or six books a month, fiction and nonfiction,” noting interesting correlations between Harvard geneticist David Sinclair’s Lifespan: Why We Age and Why We Don’t Have To and the Pulitzer Prize-winning 2019 novel The Overstory by Richard Powers. Beyond reading, Bill has picked up the trombone again after 40 years of not playing and has become “a pretty solid intermediate player.” He also has time for travel and grandchildren, and says it’s great to get up in the morning and not ask, “What do I have to do today?” but “What do I want to do today?”

What direction does he see for English studies in the future? More interdisciplinarity, he says, with curricula “where students find out what questions they want to answer and [then] pursue those questions. English Departments should help people outside of English to discover the importance of what it means to be human in the world. Go back as far as you want, and there are connections among literature and art and history and politics and social justice.”

While the lessons of online teaching still stand out for Bill,  he also enjoys fond memories of the face-to-face classroom and the campus environments: In Vancouver, the walkout basement from the multimedia classroom opened onto a colonnade—one of his favorite places for the way it perfectly framed Mount Hood. He also recalls sunny afternoons spent outside at WSU Pullman, in the quad behind Avery Hall among the trees, and the family of owls that lived in the eaves of Bryan Hall across from his fourth-floor office window. And, in “the ultimate irony of my life,” he says, the moment he became an emeritus professor, “they gave me a Golden Cougar parking pass.”