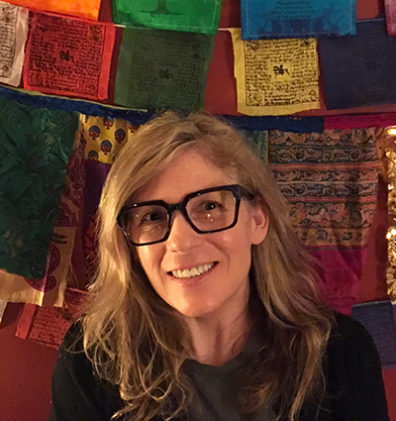 My creative nonfiction book Remote: Finding Home in the Bitterroots, about the Selway-Bitterroot Wilderness of Idaho and Montana, was released in 2020 from Oregon State University Press. The book blends personal narrative and environmental history.

The Land Speaks: New Voices at the Intersection of Oral and Environmental History was published by Oxford University Press in 2017, co-edited with my collaborator Dr. Kathy Newfont of the University of Kentucky.

I’m currently at work on a novel about the polar north, and a collection of essays called The Edge Is What We Have, about “edge effects,” places where changes in ecology, family, and community occur on the boundary of two or more habitats.

The Composed Life: A graduate writing seminar and workshop, with a focus on writing for publication and fellowships. Requirements include a grant application, a publishable academic piece, and a public intellectual piece.

Lifewriting: Lifewriting often brings to mind autobiographies, biographies, and oral history, and while we address these genres in this graduate course, we also challenge them at every turn. Students write on critical and one creative piece

The Age of Wonder: This graduate course provides an in-depth knowledge of literary and historical Romanticism, with a focus on the history of science and exploration.

Romantic Ecology: This graduate course provides an in-depth knowledge of literary and historical Romanticism, with a focus on concepts of nature and place.

Literature of Scientific Travel: This interdisciplinary, team-taught graduate course focuses on scientific travel literature from the eighteenth through the twenty-first centuries.

Jane Austen: In this course, we read Austen’s six novels in their social and historical context as well as examine Austen’s importance in our own popular culture.

William Blake, Text and Image: In this course, we explore the ways in which Blake’s books challenge us as readers and political thinkers. We read Blake’s works, look at his engraving and etching processes, and make our own prints in a simulation of his technique in the Fine Arts Studio.

Introduction to Literature: A freshman course designed around reading and responding to various literary forms, from Romantic, Victorian, Modern, and Postmodern works.

Los Angeles Review of Books, “The Longing of the Collector”

Superstition Review, A Syntax of Splits and Ruptures

Tinge Magazine, “The Edge Is What We Have”

Narrative Magazine, “A Human History in the Wilderness”

Oral History Review, “Listening to the Land: The Selway-Bitterroot Wilderness as Oral History”

The Land Speaks: New Voices at the Intersection of Oral and Environmental History. Co-edited with Kathryn Newfont, Oxford University Press, 2017.

Slavery and the Romantic Imagination . University of Pennsylvania Press, 2002. Paperback, 2004.

African Travels . Editor, Volume 5 in the series Travels, Explorations, and Empires: Writings from the Era of Imperial Expansion, 1770-1835. Routledge, 2002.

The Emancipation of Slaves in the Colonies. Editor. Volume 3 in the series Slavery, Abolition, and Emancipation: Writings in the British Romantic Period. Routledge, June 1999.

NEH We the People Collaborative Research Grant for the Cultural History of the Selway-Bitterroot Wilderness, 2010-2014.

Scott Offutt, “’Exemplars of Memory and of Intellect’: Science as Art Form and Imperative in William Blake,” May 2012.

Hillary Roberts, “The Human Element: Wordsworth’s Ecological View of the Lakes and Their Inhabitants,” 2009.

Dometa Weigand, “On All Sides of Infinity: Astronomy and Literature in the Nineteenth-Century,” 2005.

Jessica Schubert, “Host and Hostage: Exchanges with the Other in Shelvocke’s Voyage Around the World,” 2005.

Rhonda Dietrich, “Eighteenth-and Nineteenth-Century Feminine Identity Construction Through Commodification of the Other,” 2005.

Christina Wygant, “A Comparison of John Gabriel Stedman’s 1790 and 1796 Narratives:  A Study of his Time in Surinam while Suppressing the Slave Revolt through an Exploration on Theories of Hegemony and the Foreign Female Black Body,” 2001.