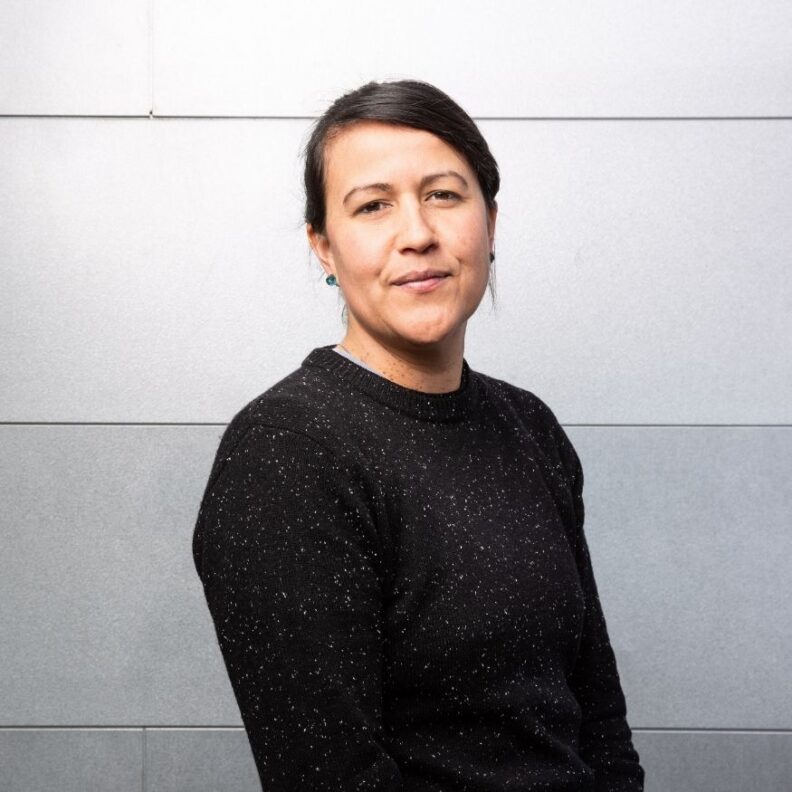 Natalie Diaz was born and raised in the Fort Mojave Indian Village in Needles, California, on the banks of the Colorado River. She is Mojave and an enrolled member of the Gila River Indian Tribe. Her first poetry collection, When My Brother Was an Aztec, was published by Copper Canyon Press and won an American Book Award. Her second book, Postcolonial Love Poem, was published by Graywolf Press in March 2020 and was a finalist for the National Book Award the Forward Prize, and won the Pulitzer Prize for Poetry in 2021. She is a 2018 MacArthur Fellow, as well as a Lannan Literary Fellow and a Native Arts Council Foundation Artist Fellow. She was awarded the Princeton Holmes National Poetry Prize and a Hodder Fellowship. She is a member of the Board of Trustees for the United States Artists, where she is an alumni of the Ford Fellowship. Diaz is Director of the Center for Imagination in the Borderlands and is the Maxine and Jonathan Marshall Chair in Modern and Contemporary Poetry at Arizona State University. 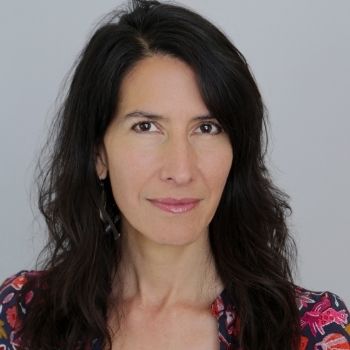 Beth Piatote is a Nez Perce writer, scholar, and Indigenous language activist. She is the author of two books, including the mixed-genre collection, The Beadworkers: Stories (Counterpoint 2019), which was long listed for the Aspen Words Literary Prize, the PEN/Bingham Prize for Debut Fiction; and shortlisted for the California Independent Booksellers Association “Golden Poppy” Award for fiction; as well as numerous stories, essays, and poems in literary and scholarly journals. She is an associate professor of Comparative Literature and Native American Studies at the University of California, Berkeley, and chair of the Designated Emphasis in Indigenous Language Revitalization. She is an enrolled member of the Confederated Tribes of the Colville Reservation and works in her heritage language of Nez Perce.
Common Reading credit available. 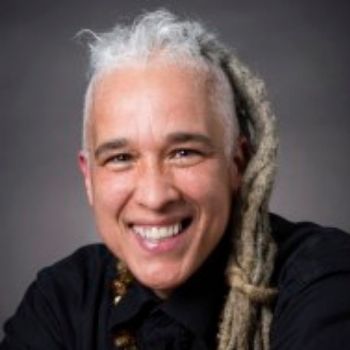 Storme Webber is a Two Spirit Sugpiaq / Black / Choctaw poet and an interdisciplinary artist. She is second generation Two Spirit and lesbian. Her work is cross genre: incorporating text, performance, audio, and altar installation; archival photographs and collaboration in order to engage with ideas of history, lineage, gender, race and sexuality. Her practice explores liminal identities, survivance and decolonization, and does so in a blues/jazz-based experimental manner, often incorporating acapella vocals. Her performance is described by the artist Laiwan as poetics / jazz. Storme has received numerous honors and residencies; including from Hedgebrook, Ragdale and Banff Arts Centre, and recently was honored with the James W Ray Award. Her first solo museum exhibition, “Casino: A Palimpsest,” was presented at the Frye Art Museum in Seattle.
Common Reading credit available. 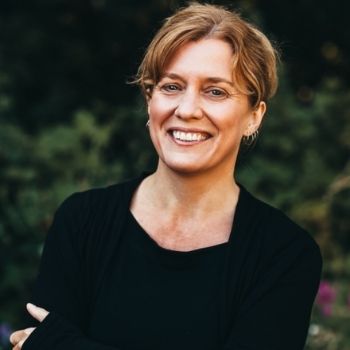 Michelle Nijhuis is a contributing editor at High Country News and project editor at The Atlantic Monthly. Nijhuis’s most recent book Beloved Beasts: Fighting for Life in an Age of Extinction was shortlisted for the 2020 J. Anthony Lukas Work-in-Progress Award, one of LitHub’s Most Anticipated Books of 2021, winner of the Sierra Club’s 2021 Rachel Carson Award, and one of the Chicago Tribune’s 10 Best Books of 2021. She is author of co-editor of the Science Writer’s Handbook. Her reporting has won national honors, including two AAAS/Kavli Science Journalism Awards, the Walter Sullivan Award for Excellence in Science Journalism, and inclusion in four Best American anthologies. Her work takes her throughout the western United States and beyond and has been supported by the Alicia Patterson Foundation, the Alfred P. Sloan Foundation, the Pulitzer Center on Crisis Reporting, and the Food and Environmental Reporting Network.
Common Reading credit available.

Inés Hernández-Ávila (Niimiipuu/Nez Perce and Tejana), Professor, Native American Studies, UC Davis, is one of the six founders of the Native American and Indigenous Studies Association (NAISA). Her research focuses on the interrelationships between autonomy, the arts, spirit, and social justice, through the study of Native American/Indigenous poetry, U.S./Mexico, with a particular focus on Chiapas. She is a poet, scholar, translator, visual artist, and a member of Luk’upsíimey/The North Star Collective, a group of Niimiipuu creative writers and language workers. She has received two grants to take a Luk’upsíimey delegation to San Cristobal de las Casas, Chiapas, Mexico, to meet with Mayan counterparts, in Spring 2022. She has a contract with SUNY Press for the multi-lingual collection Donde Nacen los Cantos/Where the Songs Are Born: Contemporary Mayan and Zoque Poetry, featuring twenty poets in translation. She collaborated with the Library of Congress to produce the site La Palabra Indigenous Voices. Throughout her career she has been a bridge between Chicanx Studies/Chicanx community and Native American Studies/Native American community, and between Native writers in the U.S. and Indigenous writers in Mexico, Guatemala, and Chile. In April 2017, she received the Frank Bonilla Public Intellectual Award from the Latinx Studies section of LASA.
Common Reading credit available. 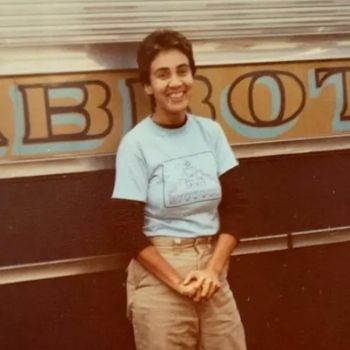 Naomi Littlebear Morena is a Chicana lesbian writer and musician who is featured in the seminal third-wave feminist anthology, This Bridge Called My Back: Writings by Radical Women of Color. Her song, “Can’t Kill the Spirit” has been adopted in protests internationally from England to Nicaragua.  In the 1980s, the Greenham Common Peace Camps adopted the song to protest the storing of nuclear cruise missiles, which lasted nearly two decades and was some 30,000 women strong. In her essay, “Tierra Sagrada: The Roots of a Revolution,” Cherrie Moraga names Naomi Littlebear Morena as a groundbreaking figure of Chicana feminism: “Since the early 1980s, Chicana lesbian feminists have explored these traditionally dangerous topics in both critical and creative writings. Chicana lesbian-identified writers such as Ana Castillo, Gloria Anzaldua, and Naomi Littlebear Morena were among the first to articulate a Chicana feminism, which included a radical woman-centered critique of sexism and sexuality from which both lesbian and heterosexual women benefited” (160).
Common Reading credit available. 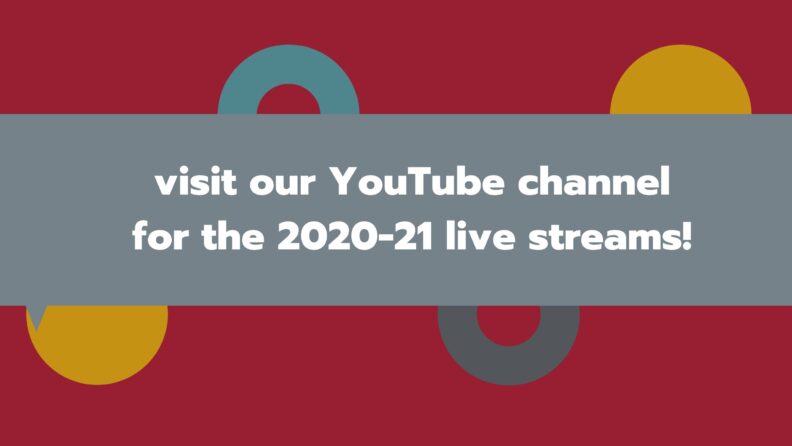 Jericho was our last in-person visitor, held in the Elson S. Floyd Cultural Center in Spring 2020 on the WSU Pullman Campus 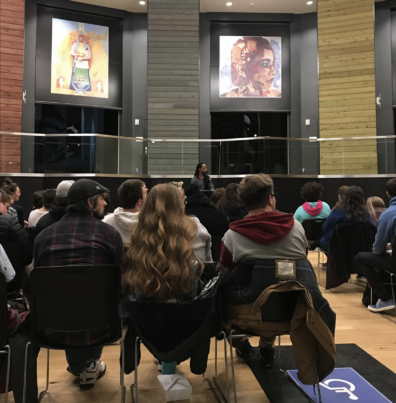 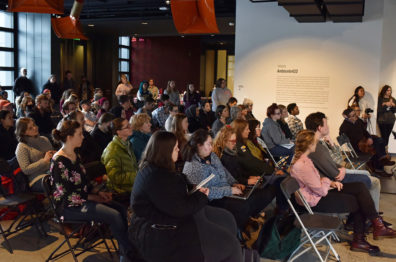 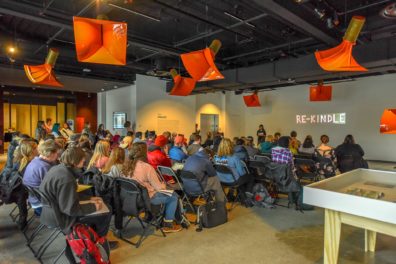 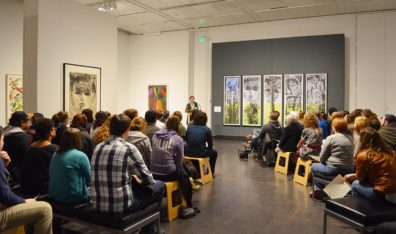 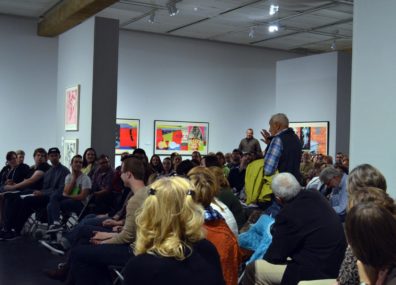 The WSU Visiting Writers Series brings noted poets and writers of fiction and nonfiction to campus for creative readings, class visits, workshops, and collaborative exchanges across intellectual and artistic disciplines.