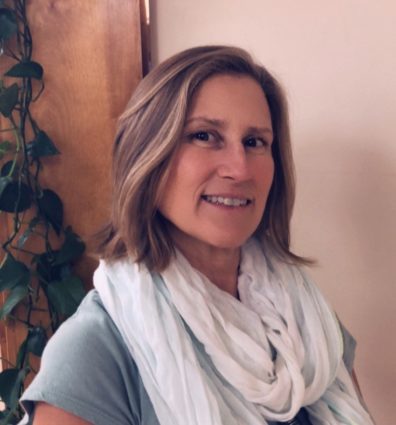 Linda Russo teaches courses in creative writing and literature, directs the land-based web project EcoArtsOnThePalouse.com, and is currently the Director of Creative Writing. She received her Ph.D. in English from the Poetics Program at the University at Buffalo (SUNY) and her M.F.A. from Emerson College, and is the recipient of fellowships from Centrum, the Ragdale Foundation and the Millay Colony for the Arts. Her creative and critical writing centers around understanding relationships between humans and the more-than-human world, which takes the shape through ecopoetics,  geopoetics and site-based creative works.

Meaning to Go to the Origin in Some Way. Shearsman Books, (Bristol, England), 2015

Counter-Desecration: A Glossary for Writing Within the Anthropocene. Co-edited with Marthe Reed. (Wesleyan University Press, 2018).

Poems from Meaning to Go to the Origin in Some Way (Shearsman, 2015) are planted along the Rideau Trail in a forested area in Ontario, Canada with Rout/e Footpress: Poetry Found in Place. (2017)

Writings on bioregional poetries can be viewed at Jacket2 (May-August, 2015)

“The light of this: An itinerant essay around a reading of The Gorgeous Nothings.” Jacket2 (2014)

“Reading Iovis in Bolinas.” (a review-essay of Anne Waldman’s The Iovis Trilogy). Jacket2 (2013)

“‘Precious, Rare and Mundane’: On the Work of Joanne Kyger.” Introduction to About Now: Collected Poems by Joanne Kyger ( Orono, ME: National Poetry Foundation, 2007)

“How You Want to be Styled: Philip Whalen in Correspondence with Joanne Kyger, 1959-1964.” Among Friends: Gender and the Social Site of Poetry, ed. Libbie Rifkin and Anne Dewey (University of Iowa Press, 2013)

“The ‘F’ Word in the Age of Mechanical Reproduction: An Account of Women-Edited Small Presses and Journals.” The World in Time and Space: Towards a History of Innovative American Poetry In Our Time, ed. Edward Foster. Talisman, A Journal of Contemporary Poetry and Poetics #23-26 (2002)

“The Limited Scope of the Recuperative Model: a context for reading Joanne Kyger.”Introduction to a guest-edited Feature on Joanne Kyger. Jacket 11(April 2000)