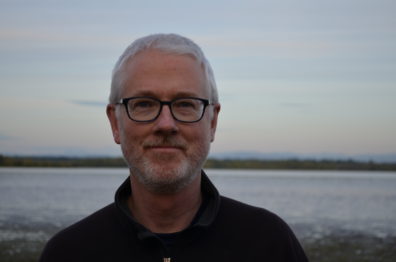 Peter Chilson (MFA Pennsylvania State University, 1994) teaches writing and literature. He is the author of the travelogue Riding the Demon: On the Road in West Africa (University of Georgia Press, 1999), which won the Associated Writing Programs Award in nonfiction, and the short fiction collection Disturbance-Loving Species: A Novella and Stories (Mariner Books, 2007), winner of the Bread Loaf Writers’ Conference Bakeless Fiction Prize and the Maria Thomas Fiction Prize. Chilson went to West Africa in 1985 as a Peace Corps volunteer in Niger, near the border with Nigeria. A longtime visitor to Mali as a travel writer and journalist, he went back in 2012 for the Foreign Policy-Pulitzer Center Borderlands project. He was one of first western journalists to see firsthand the effects of civil war and the new breakaway jihadist state. Chilson’s e-book, We Never Knew Exactly Where: Dispatches From the Lost Country of Mali (Pulitzer Center for Crisis Reporting/Foreign Policy), came out in January 2013.

Chilson’s published work has primarily focused on literary journalism, the essay, memoir, travel writing, and in short fiction with an emphasis on Africa and the American West. He is also interested in African literature, immigration literature, and borderlands studies.

Current book project in research stage focuses on the history of immigration in a single American town, Ontario, Oregon.

– Writing Abroad: A Guide for Writers, co-written with Joanne Mulcahy of Lewis and Clark College. University of Chicago Press, Chicago: 2017

– Riding the Demon: On the Road in West Africa. University of Georgia Press, Athens, Georgia: March 1999

–Because You Asked: A Book of Answers on the Art and Craft of the Writing Life (Lost Horse Press 2015)

– Near Death in the Desert: True Stories of Disaster and Survival (Vintage 2009)

– Speed: Stories of Survival from Behind the Wheel (Thunder’s Mouth Press 2002)

– Creative Nonfiction: How to Live It and Write It (Chicago Review Press 1996)